On 24th August 2018, Poland’s Ministry of Finance released a draft bill introducing significant changes to the Corporate Income Tax regulations to enter in force on January 1, 2019. 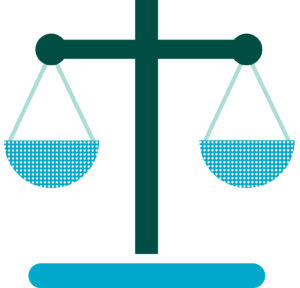 The bill has been approved by the government and forwarded to legislative work. The draft amendment includes important changes to withholding tax regulation in force regarding applying exemptions and treaty-based rates for dividend, interest, royalty payments and for certain services.

The draft amendment introduces a new WHT settlement mechanism for payments to a single recipient exceeding PLN 2 million annually. In such cases a payer should remit WHT on the excess over PLN 2 million at basic rates (i.e. 19% for dividends and 20% for interest, royalty and service payments). It means that applying exemptions from WHT and treaty-based rates will be limited.

The tax remitter would be allowed to apply reduced treaty rates or exemption from tax to the payments exceeding PLN 2 million (annually) in the situation of providing to the tax authority statement confirming:

the remitter is in possession of all documents required to apply lower treaty rate or tax exemption, and

it is not aware of any circumstances that would disallow application of lower WHT rates or exemption (after verification with due diligence if the conditions to apply a reduced treaty rate or tax exemption are met).

The statement should be signed by the head of the tax remitter entity under severe personal sanctions if it turns out that the documents required are not complete and the statement was not in line with facts. Fines and penalties will be applied in accordance with the Penal and Fiscal Code.

Under the new mechanism, the payer of WHT at statutory rate or remitter (depending who incurred the economic burden of tax) has the right to apply for WHT tax refund. This will be a procedure similar to the current WHT claims (i.e. formalistic and requiring extensive analysis of source documents).

A WHT exemption based on domestic provisions provided for dividends, interest and royalty payments could also be applied based on a specific opinion issued by a tax office upon request confirming that tax may not be withheld. The tax office would have six months to issue an opinion and, as a rule, it would be valid for 36 months. Application for the Opinion shall be subject to fee of PLN 2,000.

If the annual total amount of payments does not exceed PLN 2 million, the payer will still be entitled to apply a reduced treaty WHT rate or WHT exemption in accordance with the current regulations.

The new regulations will be effective from 1 January 2019